The Berlin Government´s programme for the next 100 days

On 15 and 16 January 2022, Berlin´s Red-Green-Red government carried out a closed meeting in which the top priorities for the next 100 days were concluded. The guiding vision of the government is to create a capital of the future during the current ruling period. In the next 100 days, the government has commited to focus on the creation of a more social, diverse, sustainable and safer place, strengthen Berlin´s economy and create a digital, customer-oriented city administration.

The government has commited to 40 concrete actions that are set to be completed by the end of March. These high priority actions cover the following areas: 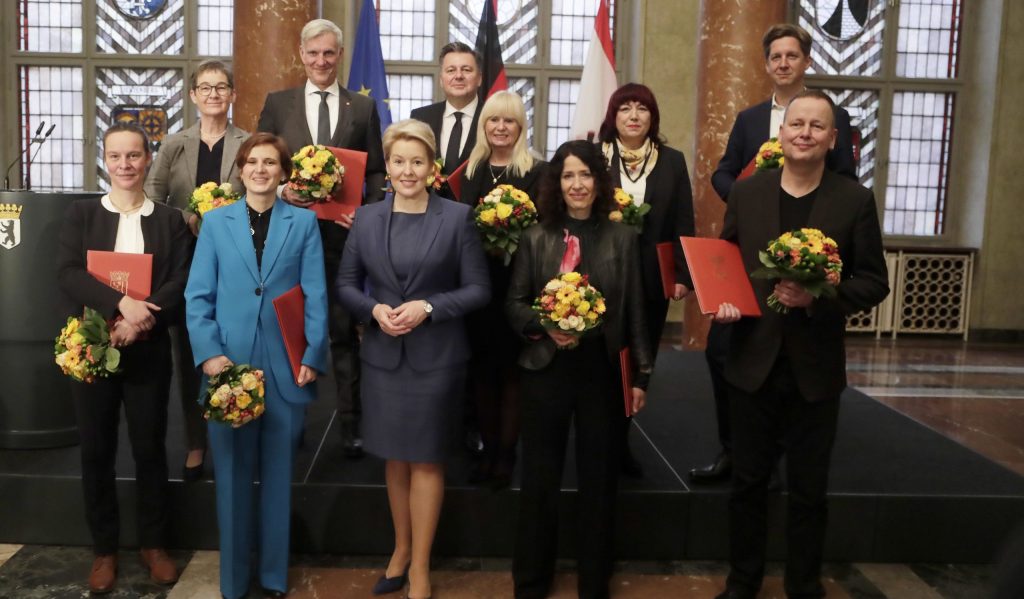 The ruling mayor, Franziska Giffey (SPD), has announced that the construction and provision of affordable housing will be the key issue in the new ruling period, with the big goal in mind to create 200,000 new housing units by 2030.

The implementation of the Berlin master plan for counteracting homelessness starts with immediate effect.

An alliance for new housing construction and tenant protection, comprising all relevant market participants - from cooperatives and the state-owned housing associations to private real estate companies - will be set up as a matter of high priority. A kick-off meeting is to take place by the end of January and a commitment of the alliance partners is expected to be in place by the end of June.

Another task to be taken up in January is the formation of the Expropriation Commission. As already stipulated in the coalition agreement, this commission will deal with the expropriation issue of the initiative Deutsche Wohnen & Co. Expropriation.

The committee is to start with its task immediately after its election by the end of March. It is well known that the SPD, in particular, does not support the idea of expropriation and also the Greens have a critical view on the matter, even the Left Party is partly in doubt that the initiative's proposal would be constitutional.

It now depends on the parties´composition of the committee that would shape the course of its work and possibly the final decision. The initiative targets companies with more than 3,000 flats in Berlin, provided they pursue a "profit-making intention" that are to be expropriated in return for compensation, and transferred to an institution under public law.

About 240,000 flats would be affected, about 15 per cent of Berlin's rental housing stock. More than one million Berliners voted in favour of the initiative.

Berlin is known for its inefficient municipal services, its lack of staff, resources, technology. The different administrative departments and offices interdependently block and slow down each other. The Red-Green-Red coalition has commited to change these circumstamces by implementing an administration reform.

In concrete terms, the role of the senate administration and the senate chancellery will be strengthened, while that of the district offices focused on the neighbourhoods. The resources of the municipal offices´staff is to be increased, processing times to be reduced, appointments to be provided within 14 days and close reach to redident´s.

Berlin should become more transparent and make the state data and documents available and easily researchable to everyone via the internet. This will become one of the tasks of the public authorities in Berlin. The new Berlin Transparency Act, which the SPD, the Greens and the Left have agreed on in the coalition agreement serves as a basis for these efforts (which was also firstly initiated as a referendum "Transparenz Berlin" with 32,000 signatures in 2019). A draft is to be passed before the end of 2022.

Hamburg iserves as the role model for the announced reform where all public entities have been obliged since 2012 to publish extensive information, searchable via a "transparency portal".

Climate Protection and a Car-free City?

Climate Governance is one of the first implementations towards Berlin´s climate protection. The Senate makes climate proptection to a central cross-sectional task.

A dedicated "Energy Efficiency" coordination office will be set up in order to adve, support and promote small and medium enterprises in order to increase their energy efficiency potentials.

In addition, a new council, climate citizens:inside, will be elected (originally initiated by a petition "Klimaneustart"). Berliners, who are elected to the council, will actively help shape the capital's climate policy, accompanied by a scientific advisory board. The exact conception of the council is currently being elaborated by the Senate Department for the Environment, Transport, Climate and Consumer Protection.

The Senate's internal administration will also take up the question of the petition "Berlin car-free", which has collected more than 50,000 signatures in just three months. The petition´s idea is to severely limit car traffic within Berlin´s Ringbahn circle.

The Senate´s legal review is to be announced before the end of the first quarter of the year. If it finds the bill legally admissible, the House of Representatives will then have to act upon it. If the initiative's proposal fails to be approved, which can curently be assumed, the next stage of the petition for a referendum would begin and would have to to collect more than 170,000 signatures within six months for a referendum to be held in 2023.

But because a car-free city is an unlikely scenario with the SPD, Berlin's Green transport senator Bettina Jarasch is now calling for car-free zones, so-called "Kiezblicks": emission-free neighbourhoods, with as few cars as possible. However, Jarasch also says that the first step is to expand public transport offers as well as cyclist paths and elctrical charging stations in order to provide people with choices rather then forcing Berliners to give up their means of transport. Car parking space management should also be expanded in the city centre.

Economic policy measures will be implemented by the new government to buffer pandemic-related damage. The trade, tourism and gastronomy industries, in particular, as well as start-ups will be the focus of this supportive efforts. Corona aids are also to be provided for creative artists; a large cultural event is planned to take place in summer this year and its concept is currently being worked on.

The minimum wage for public procurement and the state will be raised from currently 12.50 to 13 euros in the first half of 2022, bringing it in line with the level in the state of Brandenburg, as Berlin´s effort to to standardise its economic area with Brandenburg.

The digital Idustry plays a ke role for the Berlin economy. Every sixth job is being created in this sector. Therefore, digitalisation is one of the key priorities for the capital´s economy. Gigabitstrategie encompasses plans for a complete 5G-coverage of the city by 2025.

Berlin also aims to implemet a Sustainable Finance Strategy, a strategical frame concept for the incorporation of the social and sustainability aspects for the finance sector.

Meanwhile, forecast suggest that Berlin´s economy could grow by 4% in 2022, while the main struggle with supply problems remains.

The improvement of the transport infrastructure is to be accelerated. Cycling routes are to benefit particularly from this. To speed-up the expansion and improvement of cyclists paths, a dedicated organisational unit will be set up. Also the implementation of bus lane expansions that were planned in individual districts is to be sped-up.

Plans for the replacement of three dilapidated bridges in Berlin are to be pushed forward (the Wuhletal Bridge in Marzahn-Hellersdorf, the Pyramiden Bridge in Köpenick and the Moltke Bridge in Steglitz.

In summary, the government has made the first step by commiting to set up the relevant committees in the first year´s quarter. These are certainly positive impulses, which give market participants and Berlin citizen´s an orientation for the city´s future priorities. While many topics remain vague, the overall goals such as 5-G coverage by 2025, digitalisation and service-orientation of the municipal services, simplification, acceleration and digitalisation of planning and approval procedures sound quite promising, but are also long overdue.

It is certainly a positive development, that the Red-Green-Red coalition seeks the dialogue with the economy. e. g. by involving private investors as stakeholders in the alliance for new housing construction.

It remains to be added that the Covid-19 crisis will still require a lot of attention of the policy makers during 2022. This will certainly remain the main topic of the Berlin House of Representatives, not just for the next 100 days. The government´s Corona aids for the most vulnerable businesses and entrepreneurs are necessary and highly appreciated by market participants.